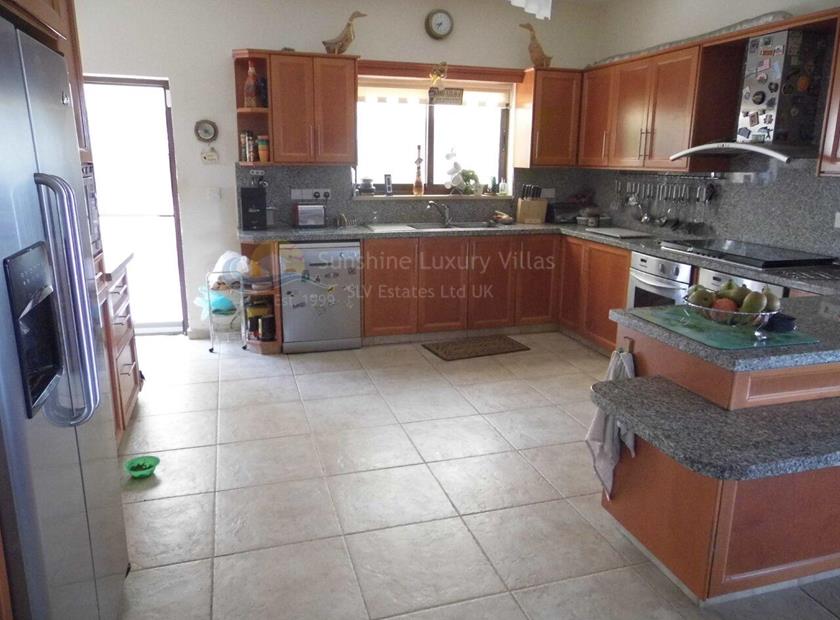 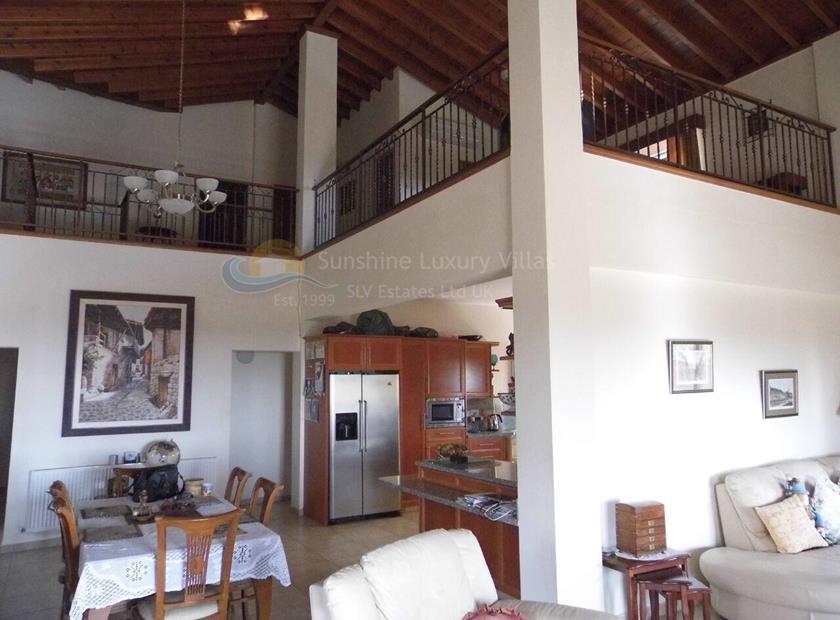 Villa in Anthoupoli
450.000€
4 Bedrooms | 4 Bathrooms | 280m2 Build | 800m2 Plot
Reference: ST5
Large Town Villa For Sale..Anogyra is a small village with some 450 people, of whom about 200 are British. It is situated some 10k inland from Pissouri which itself is about half way between Limassol and Paphos.

With the exception of personal and particular electrical and electronic items, all furniture is available to the buyer at very reasonable prices. This would include the outside garden tool shed, the freezers in the outside utility room and all outside patio furniture front and rear. A Subaru estate car is also included in the price

Hiraeth was built in 2006 according to plans drawn up by the owner and his wife. The land deeds were purchased first and the house deeds are in the final stages of completion.The dwelling itself is 280 square metres on an 800 square metre plot and is privately situated at the end of a short unmade road (sdoon to be surfaced). The front of the house faces south offering an incredible and uninterrupted sea view stretching from Pissouri in the west to the Akrotiri peninsula in the east – some 30 kilometres.

Remote controlled electric gates lead to a 27 metre by 4 metre driveway which includes a covered carport 5 metres long. At the end of the driveway is a 5 by 4 metre outside utility / shed / storeroom which is completely electrically wired and houses the pool controls and central heating boiler and provides ample working space for the handyman. At the rear of the property is a 9 by 4 metre swimming pool. Alongside the pool is a shower room with toilet and a camouflaged alcove housing the LPG tank. All aspects of the outside have fitted electricity sockets. On the rear patio is a fully fitted barbecue with electric rotisserie and a fully plumbed washing facility. The garden is fully mature with perennial shrubs, roses and fruit trees including orange, lemon, lime, and fitted with a 3 phase watering system. All pathways and driveway are crazy paved and at the front of the house is a covered 8 by 3 metre patio from which twin double sliding doors lead to the lounge.

The downstairs living area is open plan with a 6.5 metre cathedral ceiling. The lounge area is 7.75 by 4.2 metres and runs into the dining area 4 by 3.5 metres. Alongside is a fully fitted luxury kitchen 3.5 by 3.5 metres. There is a small porch 2 by 2 metres with access via the front door. The whole downstairs floor is tiled and in the lounge is an extremely efficient fan operated wood burning stove.

From the dining area an alcove leads to a fitted wine cooler and downstairs toilet and washroom, and a passageway leads to the study, utility room and downstairs bedrooms and stairs to the gallery landing. The study (2.7 by 3.2 m) is fully fitted with cupboards, drawers and shelves and is extensively wired for all the electrical items a study contains; full broadband internet facilities are in place. The utility room (1.7 by 1.5 m) is fully functional with fitted washing machine and tumble drier. The master double bedroom 1 is 3.7 by 4 metres with attached dressing room and bathroom including shower unit. Bedroom 2 is 3.7 by 4 metres with fitted wardrobes and attached bathroom with bath and shower unit.

The house is fully air conditioned (recently serviced) and has ceiling fans in all bedrooms and study. It is also centrally heated with radiators in all rooms. All windows and doors have fitted fly screens. Three phase electricity serves the house. All rooms have telephone points. The house has a fully functioning alarm system. All windows are fitted with roller blinds and pulley operated curtains.

SO MUCH TO OFFER. FOR ANYMORE DETAILS CONTACT US ASAP.